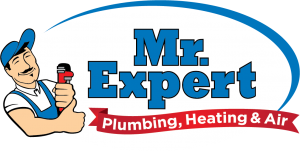 The Surprising Ways That Plumbing Contributes To Your Everyday Health

Most of us take the readily available water in our homes for granted, whether it is for drinking, cooking, cleaning, or personal hygiene. You can access hot and cold water by simply turning on a tap. However, throughout history, how we receive water has often presented health risks, and continues to do so in many parts of the world. With this in mind, here is a look at the surprising ways plumbing contributes to your health every day.

The first plumbing systems seemed to emerge as far back as 6000 BC. The Roman Empire was known for its ingenuity in developing what even by today’s standards would be considered an advanced plumbing system. Consisting of aqueducts and underground sewage, the Romans used lead pipes to transport water, greatly improving sanitary conditions and in turn public health. You can still see the remains of the Roman’s original aqueducts showing how sturdy the construction was and why they continue to inspire modern plumbing systems today.

Unfortunately, most ancient civilizations were not so lucky. As a result, many societies suffered at the hands of water-borne diseases including the plague. Illness spreads quickly in larger populations where people accessed poor quality water. This was made worse due to a lack of proper waste disposal. Poor sanitation made cities dangerous where improper waste disposal contributed to diseases such as cholera, and typhoid fever well into the early 1900s. This was a major contributor to shorter life expectancies.

British doctor John Snow was the first to notice the tie between water supply and cholera outbreaks back in 1849. However, it wasn’t until 1854, when a cholera epidemic killed 616 people that he finally got people to listen to his theories. Dr. Snow lived in the Soho area where he discovered that within 250 yards of the spot where Cambridge Street joins Broad Street there were upwards of 500 fatal attacks of cholera in 10 days.

He immediately suspected water contamination at the area’s street-pump. After much investigation and facing doubt from city officials, he finally tied the cholera outbreak to contamination at the water source by dirty diapers. Snow is considered the pioneer of public health research. The U.S. Centers for Disease Control still uses his approach when finding the causes of many diseases.

Throughout the 1800s and 1900s, there were many advancements in regulations to help improve sanitation. In 1848, the National Public Health Act was passed which positively impacted plumbing standards. The Act created a sanitation revolution that spread worldwide improving the health of the general population. These advances in the early twentieth century doubled the average lifespan of Americans by stopping the rapid spread of water-borne diseases.

As more advancements expanded the water conundrum, closed sewer systems and the invention of the modern toilet made major improvements to the health of citizens in developed countries. More and more cities embraced the ideas of people like Dr. Snow and determined they could stop the spread of many common diseases through improved sanitation. At the same time, hazardous waste was being safely moved away from homes and streets, the installation of more toilets helped people dispose of waste safely.

The Right to Clean Water

On July 28, 2010, the United Nations General Assembly acknowledged access to clean drinking water and proper sanitation as a human right. Resolution 64/292 calls upon states and international organizations to help provide financing to help improve capacity-building and technology for countries in need of safe, clean, accessible, and affordable drinking water and sanitation. Water for personal or domestic use must be micro-organism, chemical and radiological hazard-free to reduce threats to a person’s health. Guidelines are provided by the World Health Organization (WHO) to help set national standards that ensure the safety of drinking water.

Americans are not out of the woods yet with up to ten million homes still receiving water through lead pipes. When lead service lines are corroded the lead leaches into the water. Although utilities add chemicals to reduce lead, the best solution is a complete replacement. However, lead pipe replacement is an expensive process that can be too much for many homeowners to bear. Through a collaborated effort of water utilities, public health, environmental, and consumer organizations, national organizations exist to try to help provide funding to assist in lead service line replacement.  If you would like more information about keeping your home water safe in Salt Lake City, Contáctenos at Mr. Expert Plumbing today.